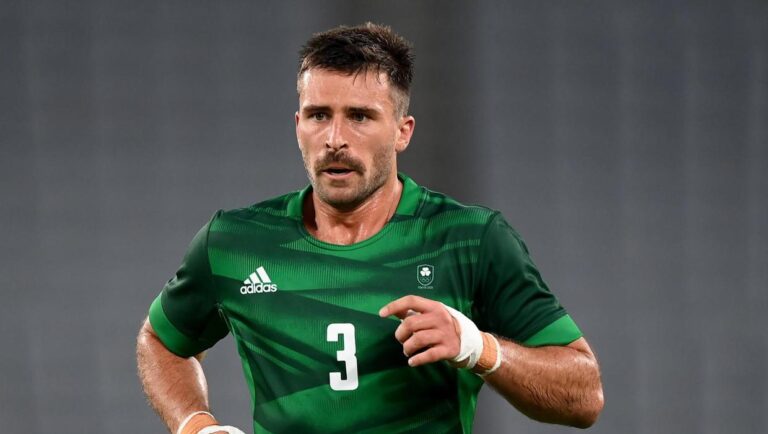 The Ireland men’s sevens got the better of England, winning 17-5 in the round of 16, to progress to the last eight at the Rugby World Cup Sevens in Cape Town.

arry McNulty powered in between two defenders to give them a 7-0 half-time lead, and further scores from Mark Roche and Jordan Conroy sandwiched an Alex Davis sin-binning.

England, the silver medallists at the 2018 World Cup, had a late consolation try from Charlton Kerr, but Ireland deservedly took the verdict to advance to Saturday’s quarter-finals.

They will now face hosts South Africa at 9.33pm Irish time. McNulty is exited to face the Blitzboks in front of a partisan Cape Town crowd.

“To have South Africa at home would be such a special game and I’m just so excited to, hopefully, have the opportunity to run out against them,” he said, speaking before South Africa’s 32-5 win over Chile.

“I’m really delighted for the boys and the performance they put in (against England) to be able to get us to the next stage. It is obviously do-or-die and we played really well.

“There are a few things to tighten up on but we are really happy to be moving on in the competition. England are such a brilliant side, we’ve been good companions on and off the field for many years of playing in Rugby Europe and playing in all of the tournaments together, and the World Series.

“Now getting to play them in such a massive tournament where they have done so well over the last couple of World Cups. So it feels amazing but, again, with the way sevens goes and the way this competition is based, now it is on to the next one.”

James Topping’s charges had earlier beaten Portugal 24-0, and with the Ireland Women winning 24-12 against Brazil, both national sides are now through to the last-eight at the same Sevens World Cup for the first time.

The Ireland women’s team got off to a dream start with early converted scores from Amee-Leigh Murphy Crowe and captain Lucy Mulhall.

Brazil showed their quality by closing the gap to 14-12 just before half-time, stringing together tries from Bianca Silva and Mariana Nicolau as Ireland came under increasing pressure.

However, Aiden McNulty’s charges roared back straight from the restart with an excellent solo score from Beibhinn Parsons, who broke free from inside her own half, and Murphy Crowe made certain of the win in the 13th minute.

“We’re happy with the win. It was a tough fight out there. We knew it was going to be a tough fight against Brazil, they’ve been a great opponent of ours on the series over the years,” said Murphy Crowe.

The Indo World Cup episode 8: ‘The queer community of Qatar are going to get this way worse when the World Cup leaves’

‘When I started out, it was to have a few winners. I didn’t see this happening’ – Henry de Bromhead

Wicklow lobby group calls for donations to save knocksink wood