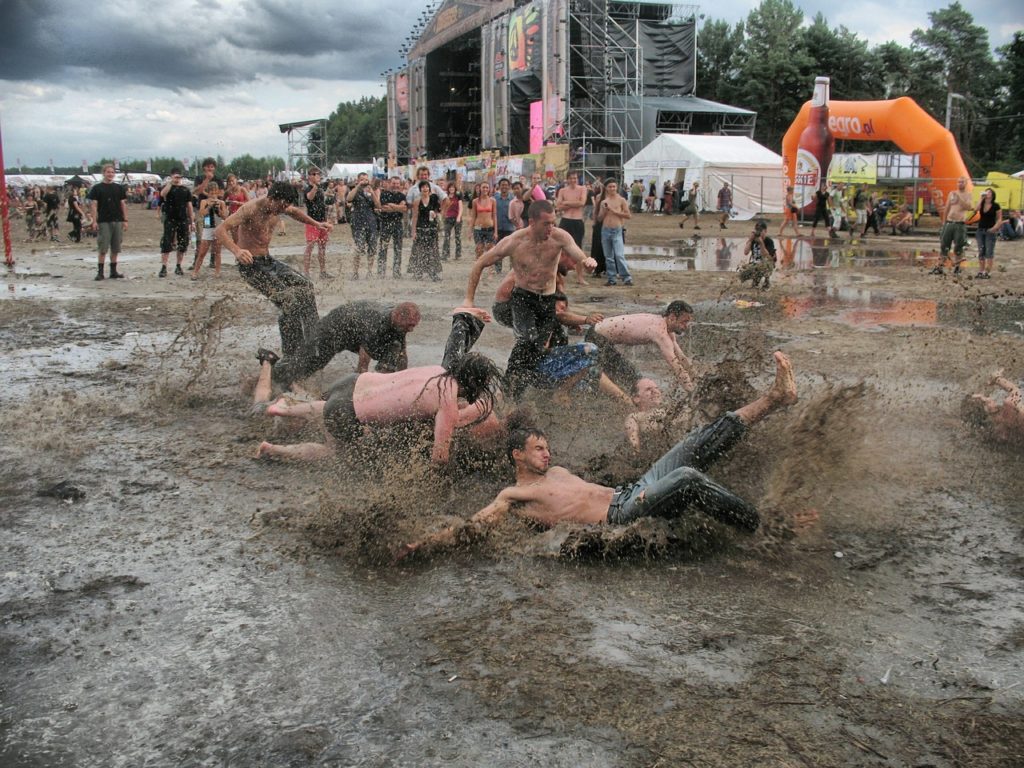 The 22nd version of the 10-day festival, hosted by the Boryeong municipality, and scheduled to run through July 28, is expected to entertain revelers from Korea and abroad with some 60 different programs to be presented on Daecheon Beach in the city in South Chungcheong Province.

Boryeong is famous for its wide mudflats formed along the west coast, with its high-quality mud that is rich in minerals and known to help prevent skin aging. Since 1998, the South Korean city has held the mud festival as part of efforts to promote the natural resources in the region.

The municipal government held a ceremony at the beach’s Mud Plaza to launch facilities for mud-related experiences, attended by Boryeong Mayor, Kim Dong-il, and Park Keum-soon, speaker of the city’s assembly, as well as holidaymakers in and out of the country.

This year’s festival carries the slogan “Go Boryeong, Play Mud”, visitors are invited to experience mud sliding, mud wrestling, mud baths and everything muddy in the mud flats, as well as to make mud-based cosmetics and ride on yachts.

The organizers also plan to open the festival’s zones for mud sliding and an air bounce at night on next Thursday and Friday, a measure to beat the summer heat and consider students, businesspeople or others who cannot visit the festival during the daytime.

During the festival, visitors are encouraged to perform in a flash mob featuring mud, music, dance and swimming, while a shade zone will be in place for them to evade a possible heat wave.

Other programs include an obstacle race in mud, called the Mud Run, that was introduced for the first time last year. In the streets around the beach, where vehicles are not allowed during the festival, there will be a global food zone offering visitors a variety of cuisines.