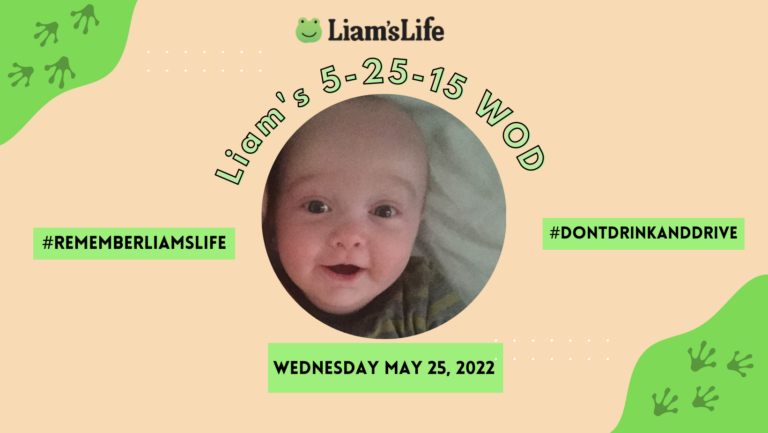 May 25, gyms around the world do Liam’s workout in honor of 15-month Liam Kowal who was killed by a drunk driver.

Every single year, more than 10,000 Americans lose their lives to drunk drivers.

That’s the equivalent of a jumbo jet crashing every single week. One of those victims was Liam Kowal, son of MMA fighter Marcus Kowal and Mishel Eder.

Liam was 15 months old when he lost his life at 3.30 on a Saturday afternoon.

In 2020, drunk driving fatalities toppled at over 11,500 people, although there were significantly less cars on the road due to the pandemic.

This shows that the issue is not getting better and needs public attention to help educate the public and raise awareness.

For the past 5 years

Gyms around the world have been doing Liam’s WOD (workout of the day) in order to raise awareness and prevent people from driving drunk.

It’s also a chance to get people to become organ donors, since little Liam donated his organs so that others could live.

The workout can be done by anyone, regardless of fitness level and age and everyone is invited to come join the workout at Systems Training Center 13040 Hawthorne Blvd.

The founders of Liam’s Life Foundation are available to speak before or after the workout.

They have over 100 gyms, worldwide, participating in the workout; from gyms in southern California, like Krav Maga Worldwide, Crossfit Horsepower, Crossfit to the Core, Crossfit Coveted, Crossfit Downtown Santa Ana, to gyms all over the US and throughout parts of Europe.

This would have been Liam’s 7th birthday, and his parents have been fighting to save lives since his tragic and untimely passing on 9/3/2016.

Population of England And Wales Grew 6%

Ukraine should be given the chance to host the Eurovision Song Contest in 2023, the…

Migrants: Some due for removal from the UK could be electronically tagged

We Must Keep Up Our Resolve On Ukraine