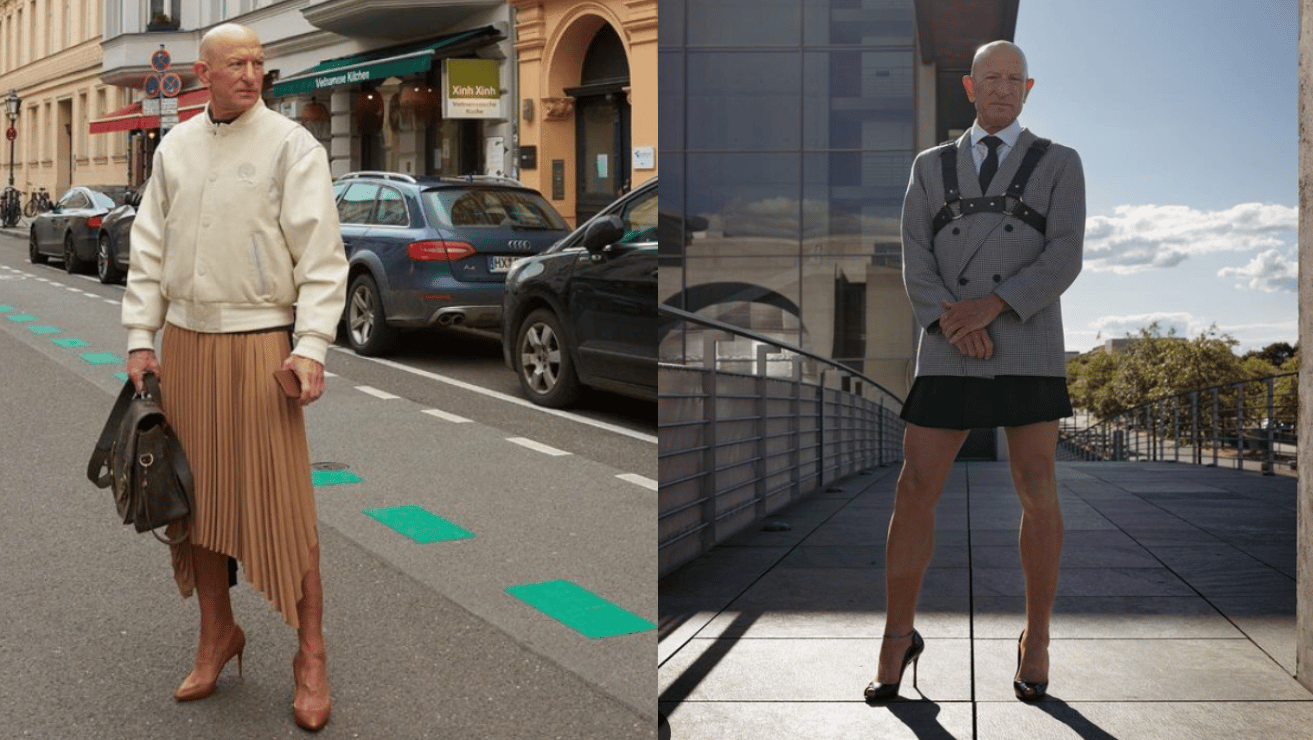 A straight, cisgender influencer known for wearing high heels and skirts has issued a grovelling apology after saying he didn’t want people to assume he was gay.

Mark Bryan, 62, who describes himself as a “straight, cis male” who “loves wearing heels and skirts daily” was criticised for his comments about the LGBTQ+ community after he implied that queer people “made it worse for me” to wear gender non-conforming fashion.

Speaking to Avi Jakobs – one of Queer Eye: Germany’s Fab Five – on the German show Beyond Fashion, Bryan explained that the way he dresses is “separate” to the LGBTQ+ community, and that he is not “fighting with you, but I’m not fighting against you, either”.

“I try to separate myself from the LGB community because of the gay community that wore skirts and high heels before I did,” he said.

“I feel like actually, they made it worse for me, being straight, because now I’m assumed to be gay… I want to wear a skirt and high heels without being classified as sexual.”

Jakobs added that she was “so disappointed” by his response, saying: “I’m very sorry that we made it worse for you.”

After Bryan faced much criticism from the LGBTQ+ community following the clip going viral, he took to Instagram Stories to apologise, saying that his quotes were “misleading”.

“My message is what I wear does not define my sexuality or gender… I understand what I said is misleading and really may not have been the best choice of words, and for that, I’m really sorry that it came out wrong,” he said.

“I was simply referring to the fact that sometimes I feel it’s harder to make my point with my message that fashion should not define your sexuality.

“I’m not homophobic… Why would someone homophobic wear a skirt and high heels?”

Mark Bryan, influencer known for his love of wearing skirts & heels, blames the LGBTQIA+ community for the public perceiving him as gay:

“I’ve tried to separate myself from the ‘LGB’ community […] they’ve made it worse for me, being straight, because now I’m assumed to be gay.” pic.twitter.com/oDH7U7045O— Pop Crave (@PopCrave) November 5, 2022

Mark Bryan explained on Beyond Fashion that his first time wearing heels was “40 years ago” in college, as his girlfriend at the time was tall but loved wearing heels.

“That’s when I first tried the high heels, so we’d be eye-to-eye [on the dance floor]”, he told Jakobs.

The Queer Eye Germany host then asked if he was ever challenged or attacked for his clothing, which he said he never was.

“It’s not about the clothes, it’s about who they are and how they represent themselves… I show myself as a straight, masculine male and I have no problems,” Bryan said.

“I think they’ve [LGBTQ+ people] made it made difficult for themselves just being more flamboyant… I think they’re too outrageous and too flamboyant.”

Avi Jakobs wrote on her Instagram story after the clip with Mark Bryan went viral that “knowing your history” is important, and that queer people “fought” for gender non-conforming clothing to be accepted.

“I’m gonna give him the benefit of the doubt…” she said.

“However you can’t detach your desire to be a cis straight man who wears skirts and heels from the fact that queer people fought for that to be acceptable in the first place.

“Blaming queer people for homophobia – while reaping the benefits of their fight – is a very good illustration of why knowing your history is important.”

Beyond Fashion, produced by website VICE, will comprise of four episodes exploring race, gender, sustainability and body positivity in fashion.