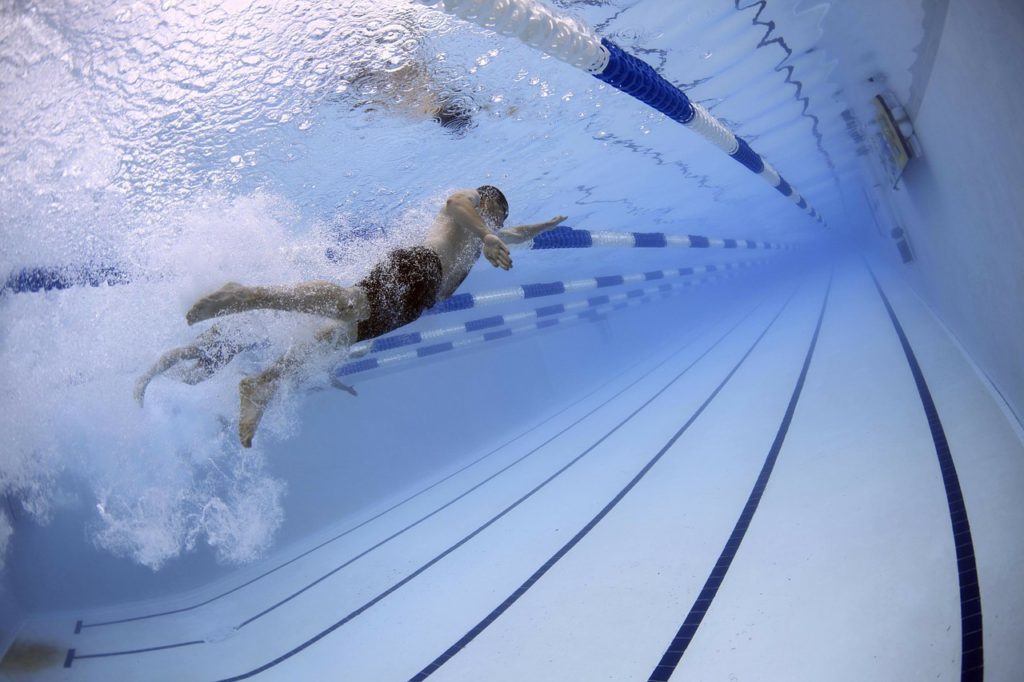 The closing ceremony, wrapping up the 17-day global aquatics competition that opened in Gwangju on July 12, consisted of two parts — an hour-long cultural performance that began at 5 p.m. at the Asia Culture Center and the official event at the Nambu University Municipal Aquatics Center.

The cultural performance featured the characteristic of water circulating in nature and the southern region’s seasonal wonders and human life cycles under the theme “Circle of Life.”

Ahead of the performance, Gwangju Mayor Lee Yong-sup, who served as the head of the Organizing Committee of the FINA World Championships Gwangju 2019, expressed his thanks to all athletes and FINA officials. “I appreciate FINA President Julio Maglione and other officials of the International Swimming Federation for cooperating for the success of the Gwangju championships. I also express my deep gratitude to all athletes from across the world and the Korean people for their support,” Lee said.

Prime Minister Lee Nak-yon said in his congratulatory address that all South Koreans and the entire world were pleased and moved by the passion and fair competition by athletes.

“The wave of peace has risen up from Gwangju to the other parts of the world during the FINA World Champions Gwangju 2019 and I’m very pleased with its successful conclusion,” the prime minister said, thanking all Gwangju citizens and visitors for making the championships an outstanding event.

A farewell dinner was held at a restaurant of the Asia Culture Center after the performance, with the attendance of about 200 dignitaries, including Prime Minister Lee, Mayor Lee and FINA officials.

The official closing ceremony event kicked off at 10:40 p.m. at the Nambu University Municipal Aquatics Center after the finals of competitive swimming.

The event proceeded in the order of the entry of the national flags of 194 participating countries, lowering and transferring of the championships flag, the introduction of the next host city and declaration of closure. The next FINA World Championships will take place in Fukuoka, Japan, in 2021.