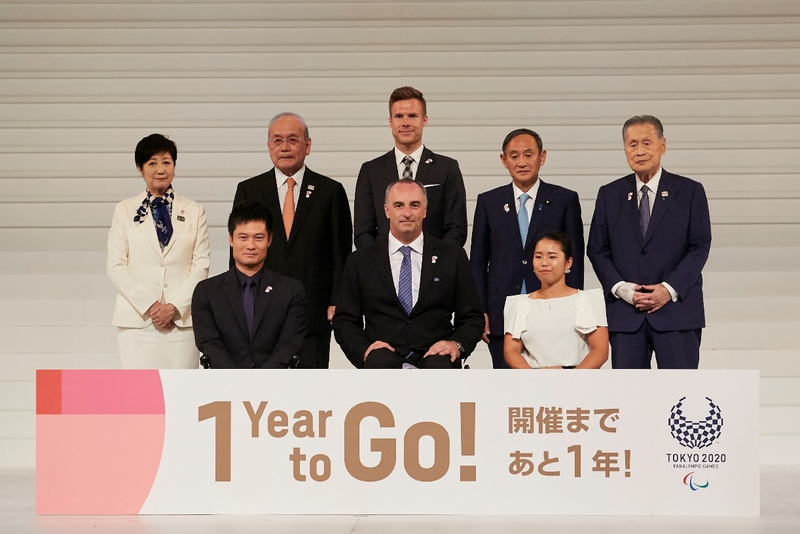 The Tokyo Organising Committee of the Olympic and Paralympic Games (Tokyo 2020) and the Tokyo Metropolitan Government jointly hosted a series of packed events on 25 August celebrating the one-year-to-go milestone until the Opening Ceremony of the Tokyo 2020 Paralympic Games. A total of around 10,000 local residents joined the festivities, held in Yoyogi Park in central Tokyo. They watched Paralympic athletes demonstrate some of their unique skills, and were able to try out some of the Paralympic sports for themselves.

The highlight of the day was Markus Rehm, a German two-time Paralympian long-jump gold medallist, breaking his current T64 world record jump of 8.48 metres during an exhibition event. He leapt 8.50 metres on his third attempt. It will not count as an official record, but the spectators were able to experience his skill and passion firsthand, cheering him on as he made his run-ups.

Said Rehm afterwards, “If I have one more year to train and if we have good conditions in the stadium, great people who cheer for us, I’m sure I can break this record officially. And I could set a new record at the Tokyo 2020 Paralympic Games.”

Later on 25 August, Tokyo 2020 and the Tokyo Metropolitan Government jointly held a countdown ceremony at the NHK Hall in Tokyo’s Shibuya district. During the ceremony, Japan Paralympic Committee President Mitsunori Torihara announced that, commencing next year, 25 August will be known as “Japan Paralympic Day.” “I hope awareness of para sports will deepen across the nation, and that mutual understanding between all people, regardless of impairments, will accelerate,” he said.

Added Kale, “Here in Tokyo, interest, awareness and knowledge levels of Para athletes and Para sports are well ahead of where they were with one year to go until London 2012, a Games widely regarded as the best ever. This is testament to the great work of the Tokyo 2020 Organising Committee, the JPC, the national government, the Tokyo Metropolitan Government, local municipalities, respective national federations, and commercial and broadcast partners who have all shown great enthusiasm for delivering an outstanding Games next year.”

The Tokyo 2020 Paralympic medals were also unveiled during the event. In addition, a new animated short video of Tokyo 2020 Paralympic Mascot Someity playing some of the Paralympic sports was shown, and a Tokyo 2020 mascot robot — Someity Robot — also made its first appearance. Someity Robot demonstrated a range of human-like movements such as waving, shaking hands and high-fiving members of the crowd. The mascot robots will welcome athletes and guests at venues and other facilities throughout the Tokyo 2020 Games.