Kellie Harrington Away From Medal Championship 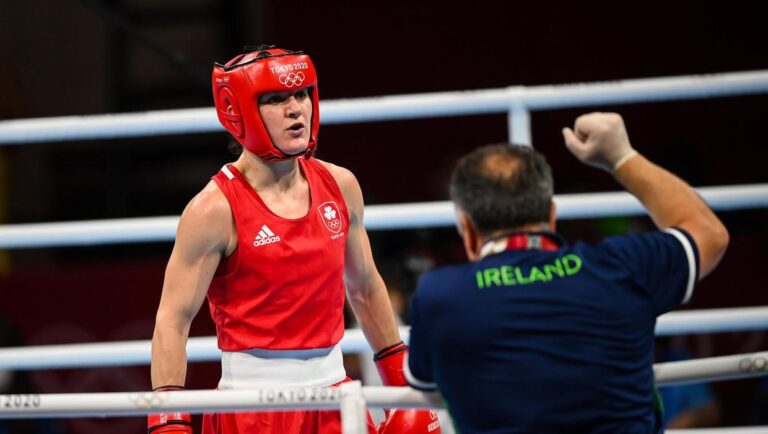 KELLIE Harrington reached the quarter-finals of the lightweight division at the European boxing championship with her second win inside 24 hours.

But the Olympic championship was pushed all the way by way by Turkey’s Ozer Gizem, who is ten years younger.

In a tactical contest between two southpaws, Harrington got the verdict on a majority 4-1 decision. Unusually, the final round scorecards were not displayed on the TV broadcast after the contest.

Harrington will now fight England’s Shona Whitwell for a bronze medal on Wednesday. She is on target to claim her seventh major tournament medal, though there will be concerns about her form so far in Montenegro.

With both Harrington and Gizem standing off each other, the first round was devoid of action as the referee urged the pair to engage. Few scoring shots of note were landed but crucially Harrington edged it 3-2.

It was more of the same in the second stanza, but Harrington did enough to secure the round 4-1.

So, going into the last three minutes, she had an unassailable two-point advantage on two judges’ card (20-18) while it was 19-19 on the other three cards.

The last three minutes were a cracker with more shots being landed than in the previous six minutes of action.

Harrington initially dominated but Gizem landed a series of clean shots midway through the round, which arguably left her within touching distance of a famous win but the favourite did enough in the closing minute to get the decision.