To Fight Severe Drought, Is Turning to Technology 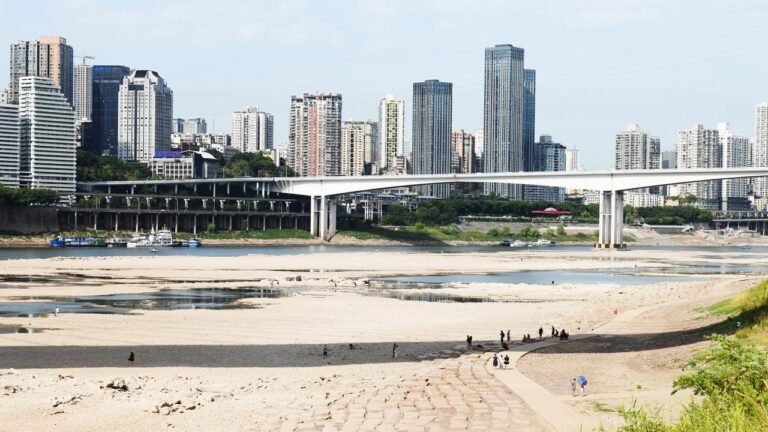 But that’s not the only thing China is doing to combat drought, though most Technology of its other interventions are longer-term in nature.

Take the South-to-North Water Diversion Project, a colossal engineering effort to build canals and tunnels that will ferry water from the south of China to the north. The estimated total cost is $62 billion, and an $8.9 billion tunnel to Beijing was announced just last month.

The current drought is hitting China’s central and southern areas, where water is supposed to be more reliably available, rather than the more frequently drought-affected north.

“You could actually exacerbate the drought situation,” says Gabriel Collins at Rice University’s Baker Institute for Public Policy in Texas, arguing that excessive future water transfers could lead to two large swathes of the country becoming prone to seasonal water shortages, rather than just one.

He adds that while other technologies

Such as desalination, might seem tempting, they are enormously expensive and would likely be restricted to heavily industrialized coastal areas where demand makes them economically viable.

Collins recently coauthored an article on China’s longstanding water-scarcity issues with Gopal Reddy, founder of Ready for Climate, an environmental research organization. “The structural problem is, to me, far scarier than this season’s drought,” says Reddy, who notes that China has limited usable groundwater reserves—which can sometimes be tapped to alleviate drought—and that these are already overexploited, particularly in the north of the country.

Groundwater reserves are “the lender of last resort,” says Nathan Forsythe at Newcastle University in the United Kingdom, because they take the longest to replenish once depleted. They’re dependent on rainwater filtering down deep into the earth—most rain simply evaporates or washes away.

But filling reserves is, in principle, a good way to plan ahead for drought. China has huge capability in this area and could be building reservoirs to hold more rainwater on farms, or planting vegetation that is good at retaining moisture. For thousands of years, small-scale farmers in China have been using ponds to hold water in place, according to reports. Expanding the use of such interventions could help too.

One of the most serious effects

This year’s drought is its impact on crops. Photos have already emerged of sun-scorched fields full of dead fruit and vegetables. But China more or less leads the world in attempts to develop drought-resistant crops, argues Rebecca Nadin at the Overseas Development Institute, a global affairs think tank. This may soon extend to the genetic engineering of wheat and rice. China also recently approved the use of drought-resistant soy seeds marketed by Argentinian firm Bioceres.