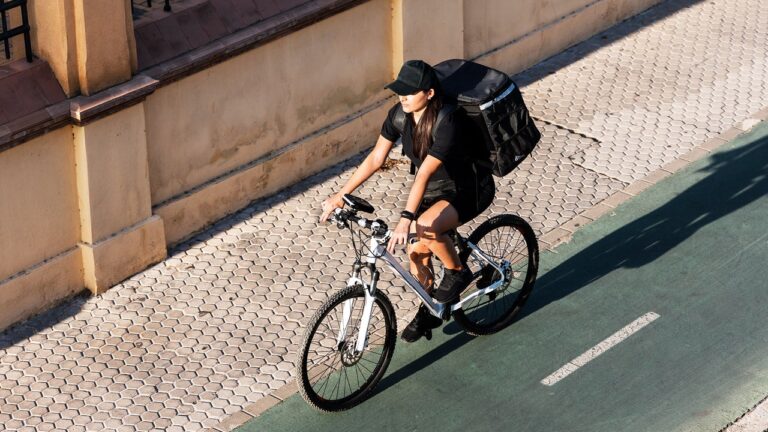 It was 2020 when, in a bold challenge to industry orthodoxy, one of the world’s biggest food delivery apps announced it didn’t need to rely on gig workers.

—to make its business work.

Just Eat Takeaway reveled in being the first major delivery platforms to use employees as couriers. “This is our key point of differentiation,” said Méleyne Rabot, the managing director of Just Eat France. “We are just focused on doing what we believe is right as an organization,” said her UK counterpart, Andrew Kenny. “For us, that is providing couriers with as many benefits and protections as we can.” When Just Eat CEO Jitse Groen got into a Twitter spat with Uber CEO Dara Khosrowshahi, he delivered the retort: Pay your workers minimum wage.

Despite that, Just Eat is now attempting to U-turn on previous promises.

Just Eat couriers based across France received an email on July 18 outlining a coming company restructure, which would mean that riders’ status as employees would change. “Just Eat Takeaway has been a major advocate of the salaried delivery model in continental Europe and France. However, we cannot continue to do it alone,” the email read, blaming regulators for not forcing its competitors to stop using gig workers. Riders in Paris can still expect to be paid per hour, but local unions say around 350 couriers working in 26 other French cities, from Lyon to Nantes and Marseille, risk losing their jobs.

French unions say this is an existential moment for the global gig economy. And for the future of platform workers everywhere. If Just Eat is able to backtrack on its commitments in France. They say, it would send a message to other delivery platforms that employing people and giving them benefits doesn’t make financial sense. “That’s one of the reasons we can’t just let Just Eat fire us like this,” says Ludo Rioux. A Just Eat courier in Lyon and a representative for the French union the General Confederation of Labor (CGT).

This will have a big impact

We think that other delivery platforms [such as Gorillas and Getir] will follow Just Eat. And turn to self-employed workers, says Jérémy Graça. A Just Eat courier in Paris and representative of the union Workers’ Force. As the economy slides towards a recession. These unions are fighting to prevent a gig workers’ rights rollback.

Delivery apps across Europe are bracing for an economic downturn. And wrestling with increasing investor skepticism that they can ever turn a profit. Just Eat, which declined to provide a named spokesperson to comment on this story, reported a 1 billion euro loss in 2021, and its shares are down 61 percent so far this year.