Europe’s Heat Waves Offer a Grim Vision of the Future 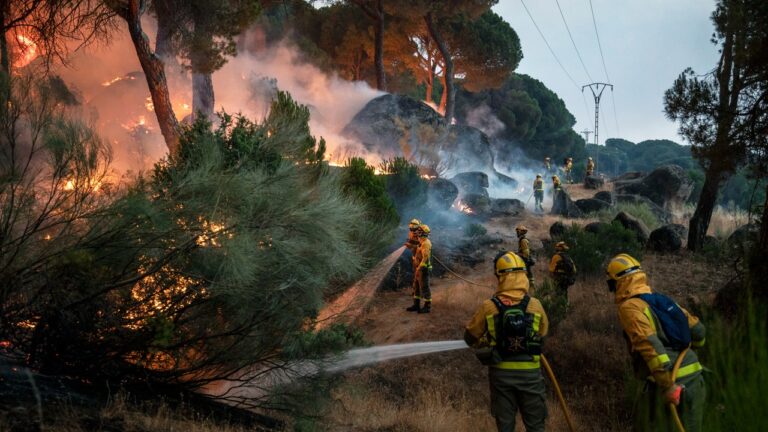 But as temperatures continue to rise, not all of Europe will suffer equally. “The burden of climate change shows a clear north-south divide, with southern regions in Europe much more impacted, through the effects of extreme heat, water scarcity, drought, forest fires, and agriculture losses,” warned a 2020 report by the European Commission’s Joint Research Center. The double hit of drought and heat waves will cause up to a 50 percent drop in crop yields in Southern Europe by 2050 and might even force farmers to abandon agriculture altogether, even as yields in parts of Northern Europe increase, according to a 2019 report by the European Environment Agency.

But while recent research has shown that European heat waves—defined in this region as heat above normal thresholds lasting at least six days—have become more frequent and more intense over the past four decades, and are doing so at a faster rate than other regions at the mid-latitudes, scientists are still unpicking exactly why this is happening.

Heat waves are caused by several complex and often interacting factors, including changes to currents high in the atmosphere and in the ocean, soil moisture, and overall temperature trends. But a study published this summer shed new light on one of these factors: atmospheric currents. Recent heat waves in Europe have coincided with periods when the jet stream that moves across the Atlantic split in two, resulting in weaker winds that allow heat waves to form, the study found.

“We found those double jet-stream states have almost doubled in frequency,” says lead author Efi Rousi, who was a senior scientist with the Potsdam Institute in Germany at the time of the study (she is now editor of the journal Nature Communications, where the study was published). “Before, a double jet used to last a few days—now it lasts up to one month.” A jet stream split coincided with Europe’s July heat wave and may have contributed to the low pressure that helped scorch Europe. Members of the study team are working on figuring out what’s causing these changes to the jet stream.

For now, with even more extreme heat coming in the not-too-distant future, Europe—and much of the rest of the world—needs to prepare in order to reduce the risks to people, crops, and ecosystems, says Alex Robinson, a climate scientist with the Complutense University of Madrid.

“There’s no upper limit” on just how bad things can get, he says. “As long as global warming keeps going, the heat waves will get more and more extreme. We’re moving into a territory now that we’re really starting to see unprecedented heat waves, and it’s something that society isn’t adapted to.”